Tobacco is the single most important risk factor for cancer, responsible for over 30% of cancer burden in Europe. ECL joins efforts with other European and international partners to advocate for related policies such as proper implementation of the Framework Convention on Tobacco Control (FCTC), the Tobacco Products Directive, plain packaging, tax policies, tobacco free investment and the fight against illicit trade.

Tracking and Tracing of Tobacco Products
Traceability standards for tobacco products Countries and regions are preparing rules for a tracking and tracing regime. In the EU, a tracking and tracing regime for cigarettes will come into force from 20 May 2019. An agreement on those standards was adopted by the Member States on 29th November 2017. Big tobacco is lobbying to have an industry operated system. All major international cigarette companies support the tracking and tracing system, Codentify or Inexto, which they offer at low cost to governments. In the industry operated option, the manufacturers are responsible for the generation of the unique identifiers which they produce at the manufacturing site outside the control of governments. In addition, in the case of the codentify, the system is not secured as the codes are visible and easy to copy or to clone. Unique identifiers are an important and essential element of any tracking and tracing system. Unique identification markings are an obligation under article 8§3 of the IPT and shall not be performed by or delegated to the industry according to article 8§12.

A tobacco industry operated system would not be option and against the obligations of the ITP. The Protocol clearly defines that the obligations of the tracking and tracing system shall not be delegated to the tobacco industry. For instance, it is stipulated in article 8 §2 that the tracking and tracing system is “controlled by the Party”. In addition, it was emphasized in article 8 §13 that “each Party shall ensure that its competent authorities, in participating in the tracking and tracing regime, interact with the tobacco industry and those representing the interests of the tobacco industry only to the extent strictly necessary in the implementation of this Article.” ECL was a speaker on traceability at the Tax Stamp Forum in Berlin in January 2017, in Porto at the ECTOH conference in March 2017, in Berlin at a Hearing organized by the German Federal Ministry on traceability standards in July 2017 and in London the Fifth illicit tobacco national round table meeting in December 2017. ECL attended the stakeholders meeting at the Commission premises on 15th may 2017, provided comments on the draft proposals on 29th September 2017 and published in November 2017 a press statement on the proposed standards in collaboration with Smoke-Free Partnership.

The three top priorities were: 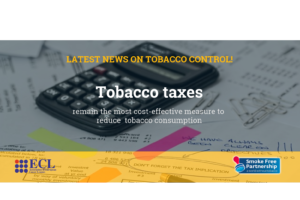 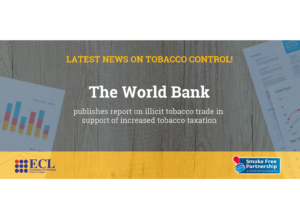 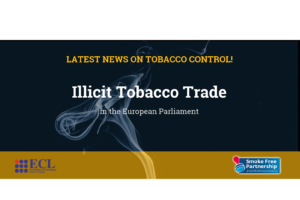 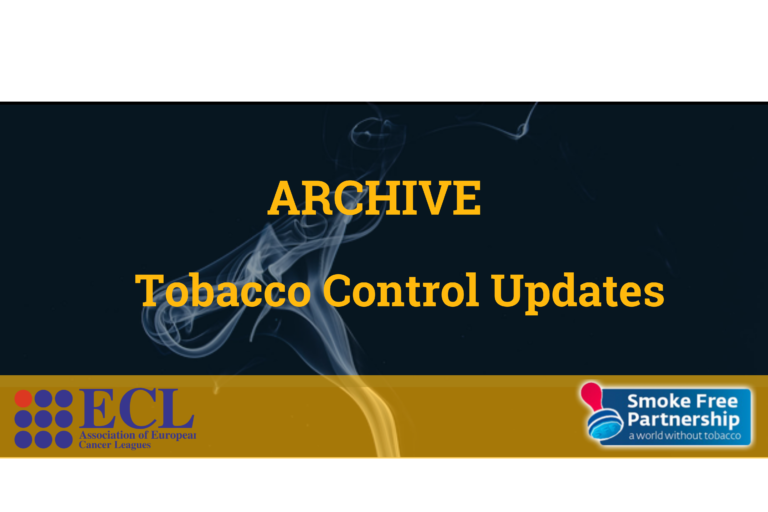 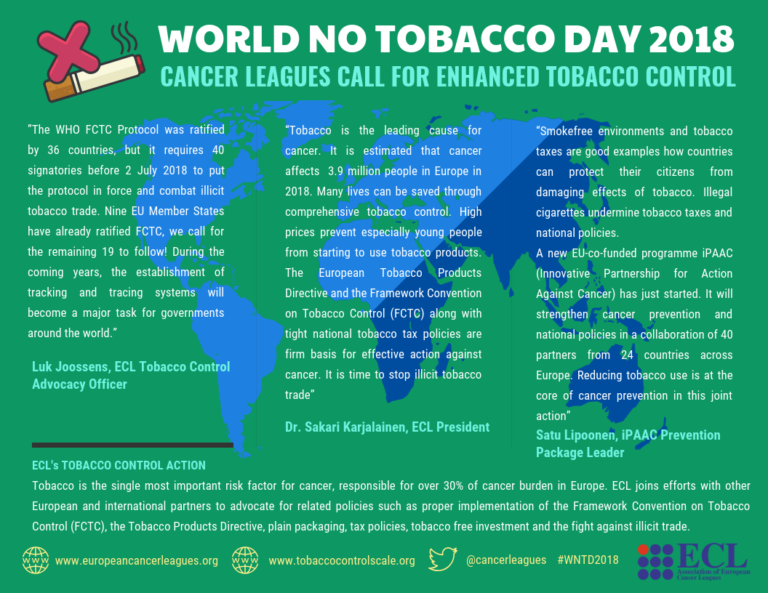 ECL Press Release: Entry Into Force of the WHO FCTC Protocol to Eliminate Illicit Trade in Tobacco Products (25 September, 2018 )